Coefficients of conservatism (CC) assigned to each species by Andreas et al. (2002). The CC, with values ranging from 0 to 10, is an estimate of the degree to which a species is associated with high-quality natural communities similar to those which existed in pre-settlement times. Exotic (alien, introduced) species are not assigned CC values.

An excel SPREADSHEET published in 2004 using older species names that may in fact be consistent with our older field guides, also available HERE (link).

An excel SPREADSHEET of the 2014 update (converted from the html version) available as a direct download HERE (link). 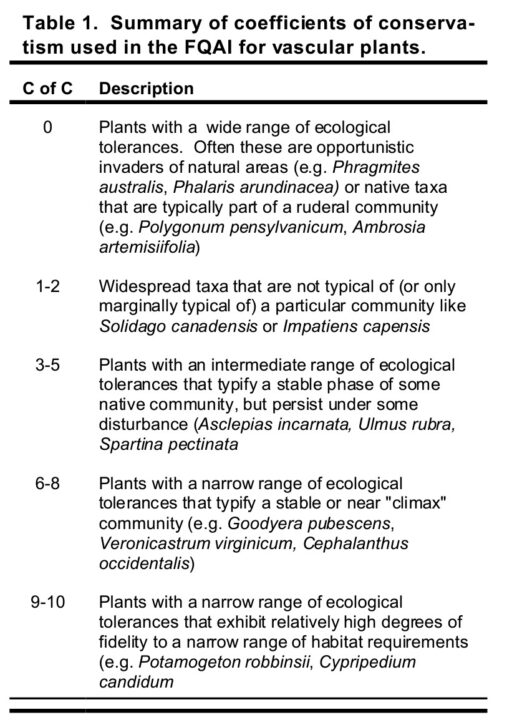