8 LICHENS TO KNOW AND LOVE

Ruffle lichen, Parmotrema hypotropum, is a large foliose lichen that is common on twigs and trunks of hardwood trees in open places. Look for a light gray color, and upturned lobes with long eyelash-like cilia. Reproduction is by soredia that occur in powdery linear masses (soralia) along the margins of the lobes. The undersurface is dark except near the margins, where there is a broad light band. 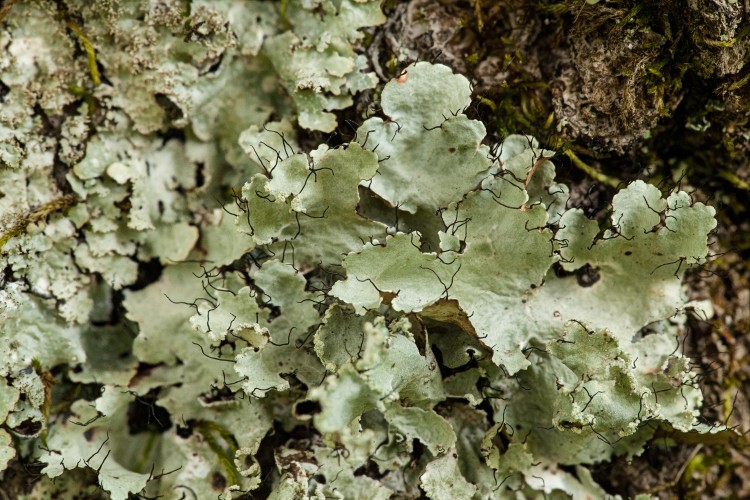 The genus Xanthomendoza consists of small foliose species that are brilliantly golden yellow. They can be distinguished from the other common yellow foliose lichen, lemon lichen (Candelaria concolor) its instantly deep purple reaction with KOH. (Candelria shows no reaction).  by Hooded sunburst lichen occurs on bark of mature trees in open areas. The small lobes extend out from the substrate, and bear coarse soredia from lip-like splits in the lobes. 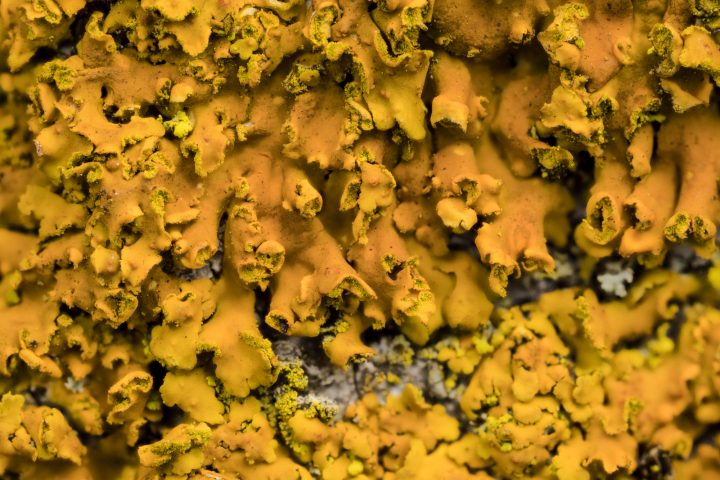 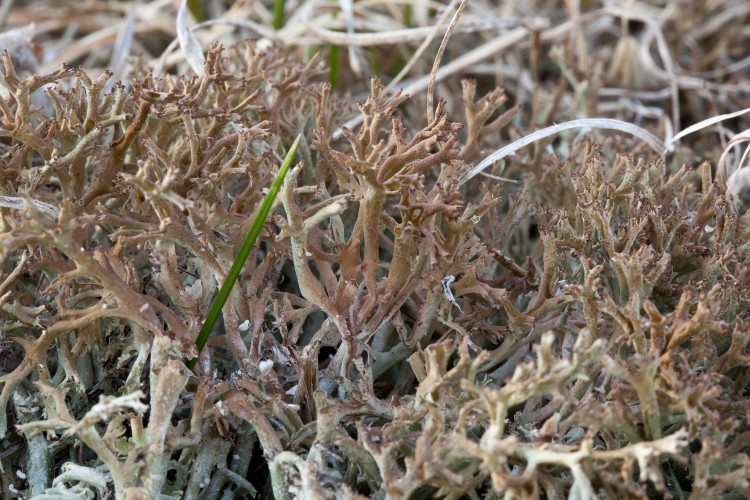 Common greenshield is a large foliose lichen that grows on bark. It’s easy to spot by color alone as is is a distinctive yellow-green, not the plain gray of most other lichens seen alongside it. Reproduction is by soredia, produced in powdery masses on the upper surface. 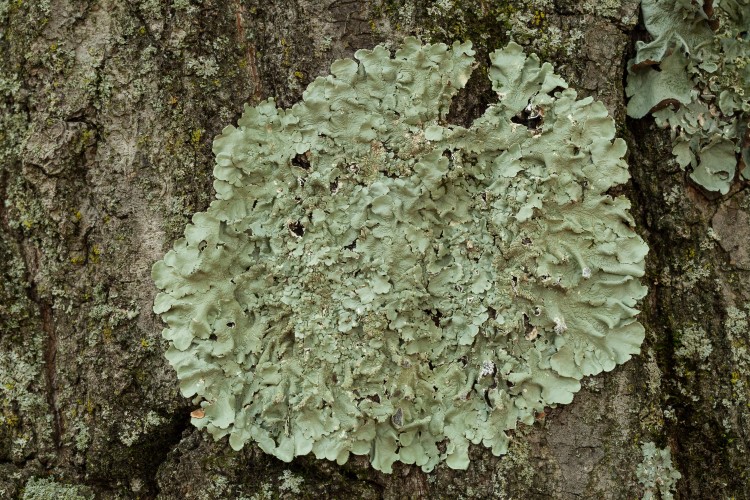 The beard lichens are like little trees, with a main central stem and side branches. Bushy beard lichen, our most common species, has warty projections on the surface. Large specimens bear disk-shaped apothecia. 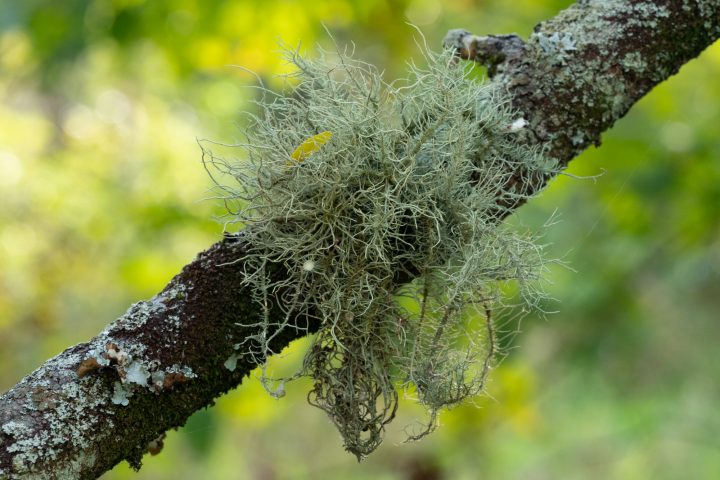 British soldiers is a very popular lichen, and perhaps the only North American species with a well-known common name. It is a typical “cladoniform” lichen, i,e, a fruticose lichen that consists of two parts: a primary thallus which is the first thing to grow and is usually crustose or formed by numerous small plates called squamules, later followed by an upright structure called a podetium. In some cladoniform lichens, including this one, the podetia are tipped with apothecia (the “soldier’s” red “hats”). It grows on the ground or wood in open areas. 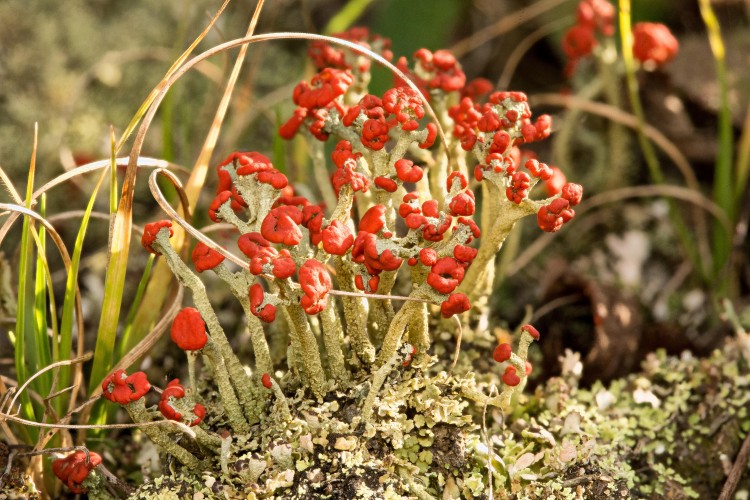 Lemon lichen is a brightly colored lichen that is very common on bark in open areas. Although it is most definitely foliose, sometimes the lobes are so small as to require a lens to make them out, and so it can appear crustose, especially when it is abundantly producing granualr soredia, as it often does. It you see a tree that looks as if it has been lightly spray-painted yellow, it is probably lemi n lichen. (Note: A lichen called “hooded sunburst lichen” (Xanthomendoza fallax) is another brightly-colored small foliose one that is common on trees in our area. That one is more golden-yellow. A chemical spot test -KOH – is helpful to separate Candelaria from Xanthomendoza.) 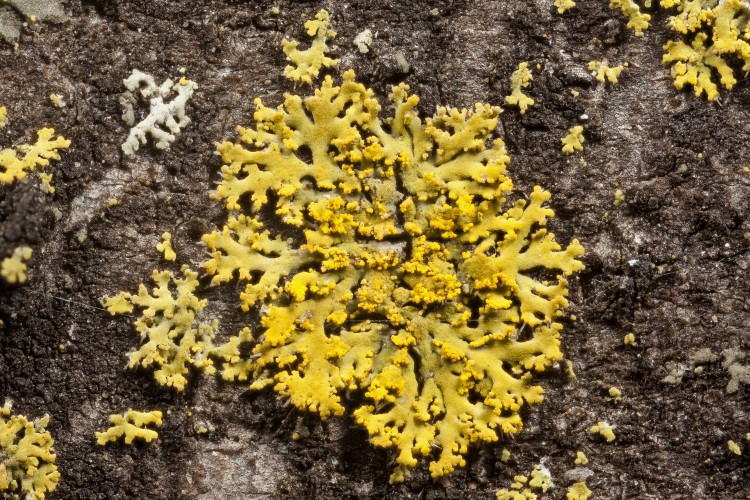 Star rosette lichen is a light gray, medium-sized foliose lichen that is common on twigs on open areas. It doesn’t have any evident means of asexual reproduction (neither isidia nor soredia), but it abundantly produces apothecia. There are a few other, somewhat similar, rosette lichens in our area. 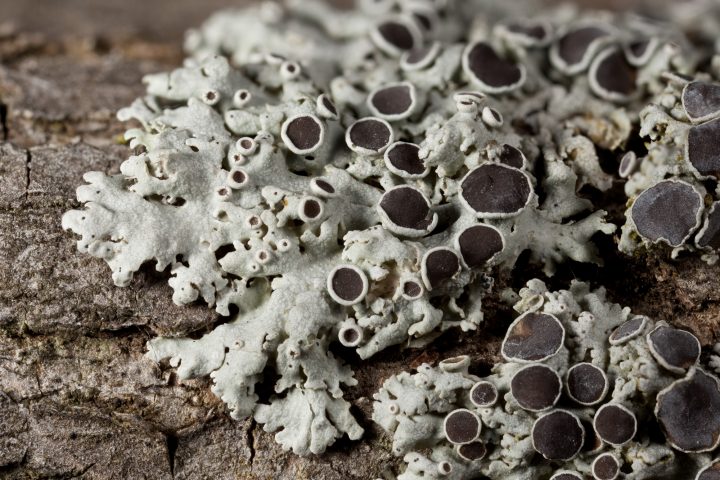 THE LICHENS ARE A FASCINATING SHOW!
(earplugs recommended)