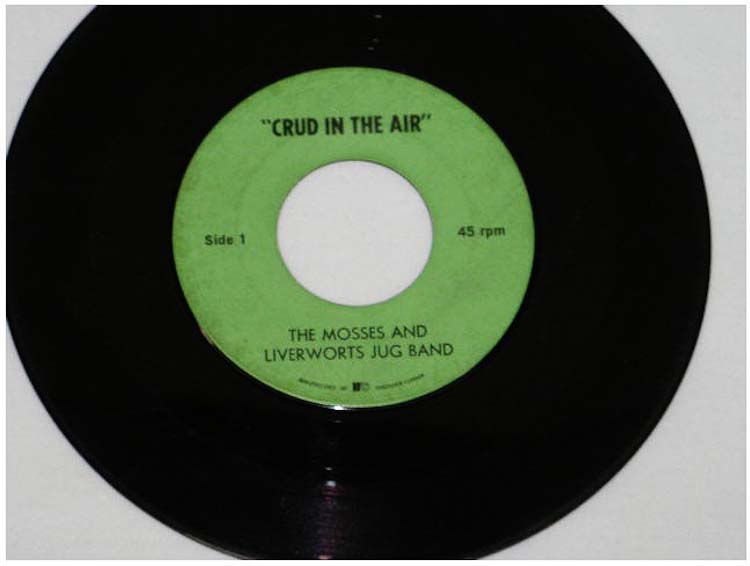 This was on e-bay one time. (I should have grabbed it while I had a chance!)

The place of mosses in the plant kingdom

The plant kingdom is divided into a number of “Divisions” (the equivalent of phyla in the animal kingdom). There are about 10 to 13 divisions recognized, the exact number depending on how much the particular person doing the recognizing lumps or splits divisions. Note: the most modern treatments also have moved things around a bit, too. For example, horsetail/scouring rush (Equisetum) is now classified as a true fern. This figure from a really good introductory biology textbook, Biology: Concepts and Connections by Campbell, Reece, Mitchell and Taylor, shows a simplified phylogeny (evolutionary tree) of plants. Notice that the group labelled “bryophytes” evolved before the other plant groups, i.e., prior to the development either of vascular tissue or seeds.

Here in Ohio we have most, but not all, of the world’s major plant groups represented as wild components of our flora. (We lack psilophytes, gnetophytes, cycads, and ginkgo). The ones we have are:

Bryophytes are non-vascular plants with a dominant gametophyte

The plant life cycle includes the alternation of generations between two different multicellular organisms, either of which might rightly be called a “plant.” These two “generations” are the SPOROPHYTE and the GAMETOPHYTE.

Here’s a very simple sketch, done by hand to introduce a human element, as if this is a real person talking, not just some anonymous god-like entity in the cyberwebs. We could have made a fancy drawing with Photoshop that looked all professional, or stuck in another ripped-off textbook figure and thus risked doing even more time in the copyright infringement row of the Franklin County Jail. But this is down to earth. Terra firma.  Chill. Ahhh. Hi. Kick your feet up and relax. Stay a spell. Everything above the horizontal line is DIPLOID; below the line is HAPLOID. The big circle-ish things are multicellular plants.

Over evolutionary time, there’s been a trend for plants to develop sporophytes that are larger and more important ecologically that their gametophytes. For plants other than bryophytes, when you see “the plant,” you’re seeing the sporophyte. A fern is a sporophyte, as is a pine tree or a daisy. But for the primitive bryophytes, it’s the other way around. The green, leafy space-occupying entity that competes with other plants is the gametophyte. The bryophyte sporophyte is usually smaller, and simple, looking like a mere appendage of the gametophyte, to which it is permanently attached. The bryophyte sporophyte lives as a parasite upon the maternal gametophyte that produced it. The picture below is of a common log moss, Entodon cladorhizans, showing both stages of the life cycle. 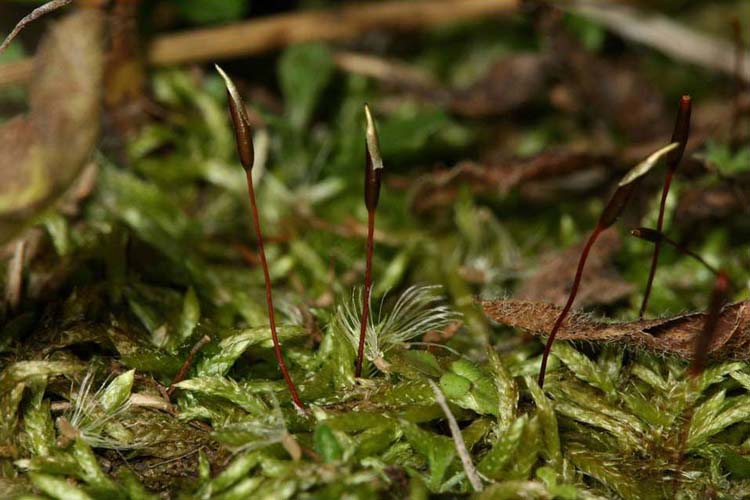 Entodon is a common moss on logs that often develops sporophytes.