I. Thuidium delicatulum. Thuidium is the “fern moss.” It is common, especially on logs, in most woods. 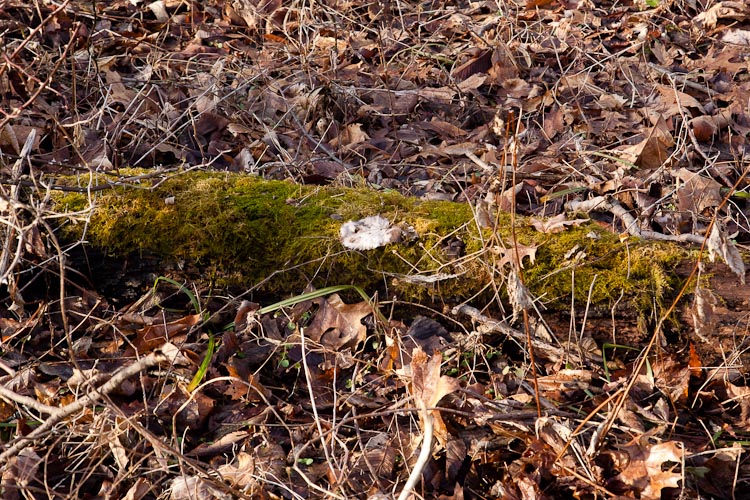 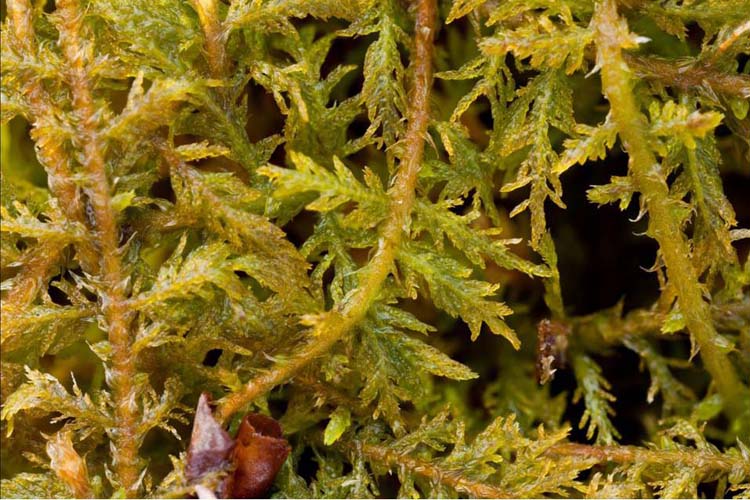 Thuidium is quite fern-like (twice pinnate). 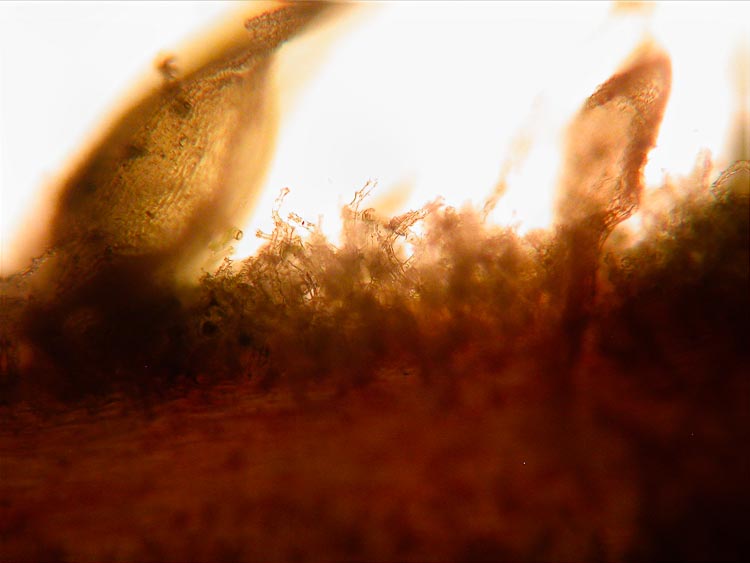 Paraphyllia are filamentous stem outgrowths between the leaves. 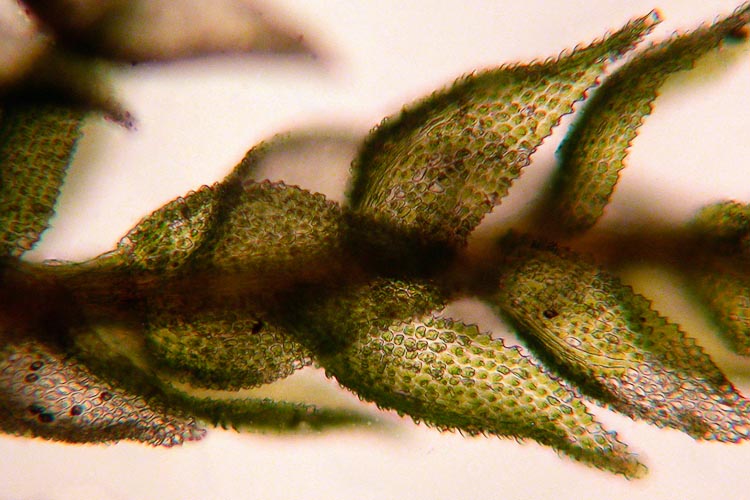 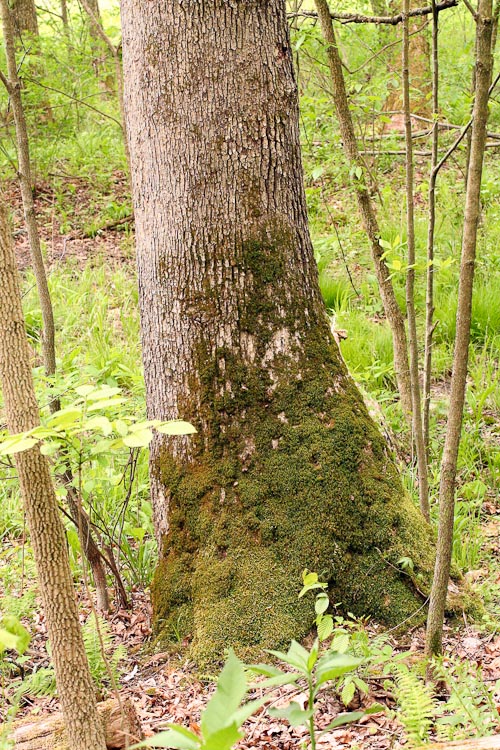 Microscopically, most Anomodon leaves are tongue-shaped. The cells are pluripapillose. 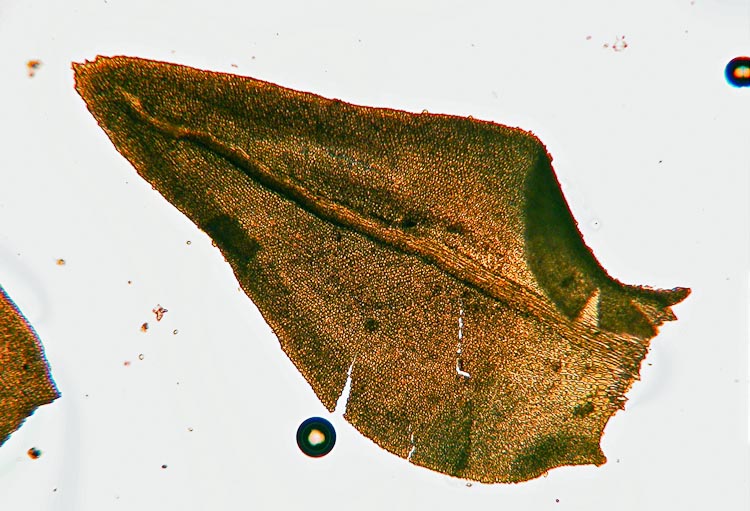 III. Leskea. Like Anomodon, Leskea is a papillose pleurocarp often found on trees. Leskea is found quite high up the trunk, at about eye-level. It’s a rather small moss. 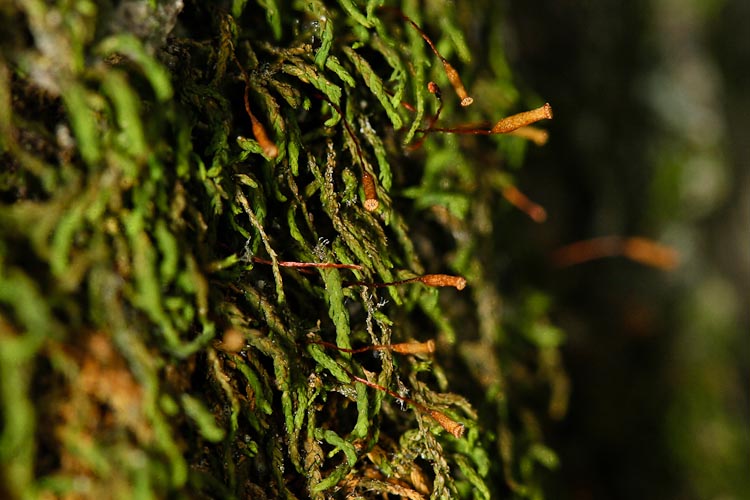 Microscopically, Leskea leaves are tapered and blunt-tipped. The cellls are unipapillose. 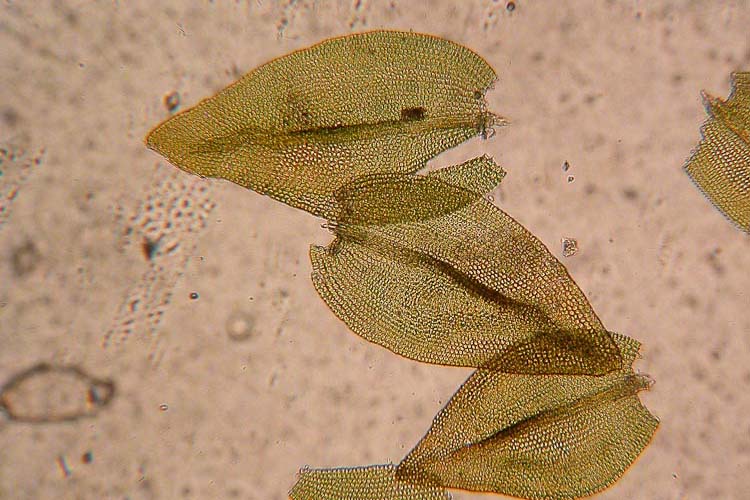