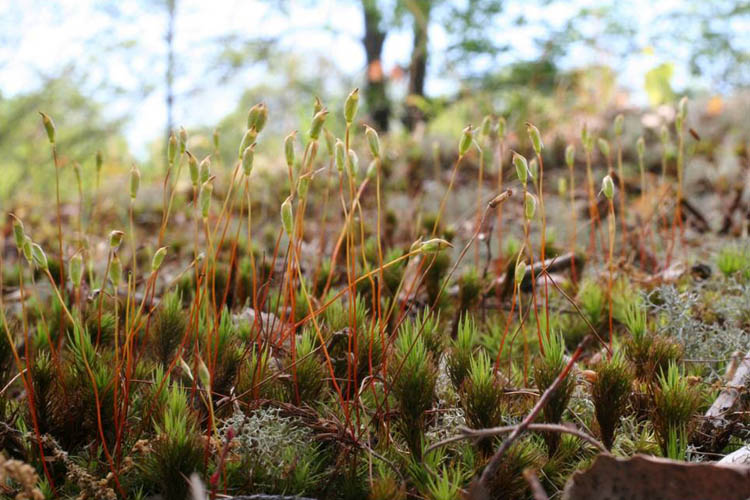 A distinctive feature of the genus Polytrichum is its calyptra, which is covered with many (poly) hairs (trichum). 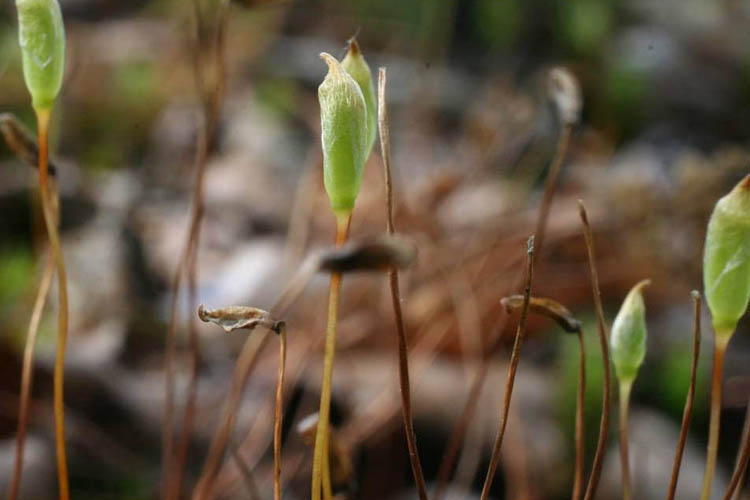 The Ohio haircap noss calyptra is covered with many hairs.

A distinctive feature of the family Polytrichaceae is the peristome, consisting not of individual teeth, bot of a ring of pores. 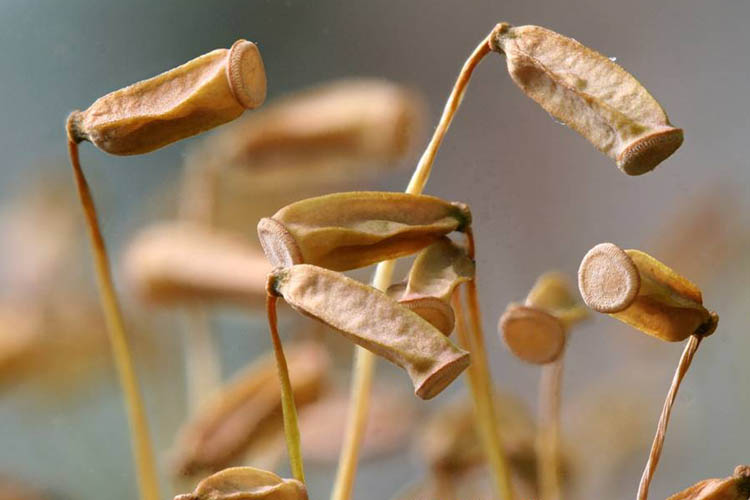 Mosses in the family Polytrichaceae have a distinctive peristome.
The teeth are fused to a central disk, so the spores exit through pores arranged in a ring.

Most moss leaves are one cell thick. But Polytrichum leaves are several cell layers thick, and much of the upper surface is covered by ribbon-like sheets of stacked cells running lengthwise, called “lamellae.” 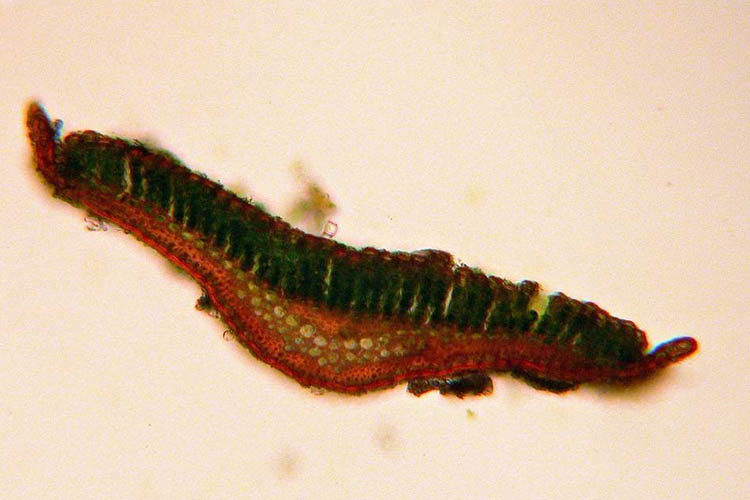 Another prominent genus in the Polytrichaceae lacks hairs on its calyptra and so is named Atrichum (“no hairs”). 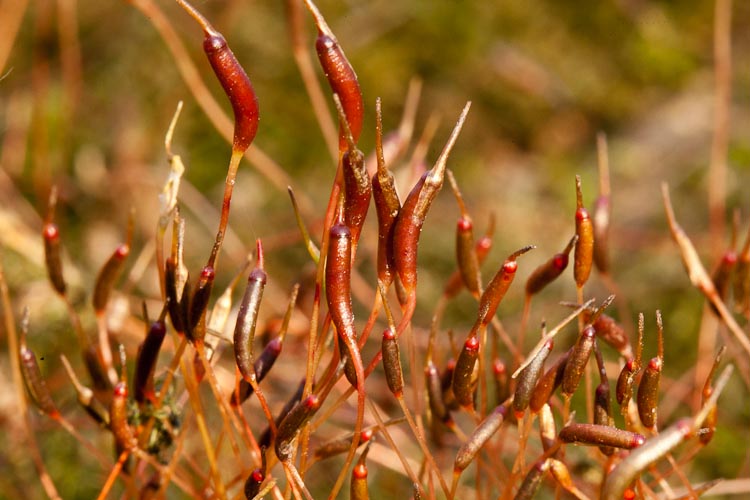 Atrichum is a genus of robust woodland ground mosses that display well the lamellae that are characteristic of the family Polytrichaceae. 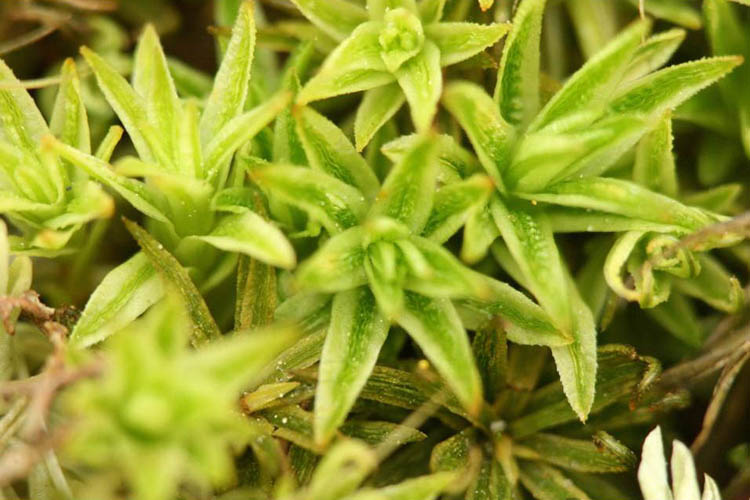 Microscope views of the Atrichum leaf show the lamellae well.

MOUSEOVER the IMAGE for CROSS-SECTION of LEAF 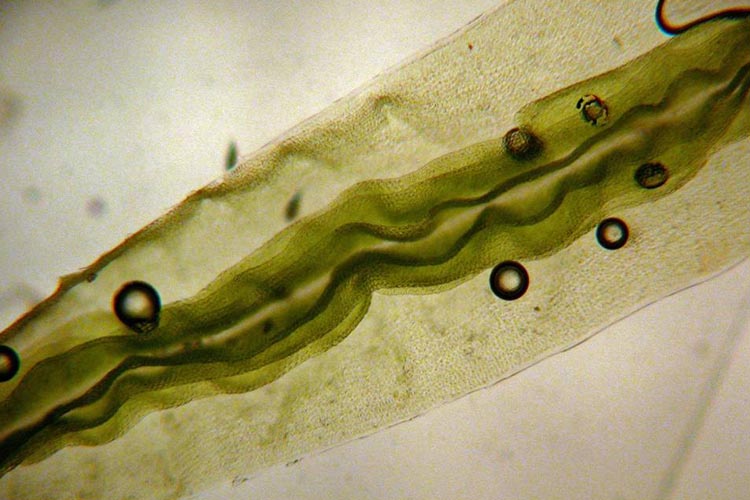 II. FFFFissidns is fffflat.  Most mosses have leaves arranged in tight spirals abound the stem. A few, however, are two-ranked, with straight rows of leaves directly across one another on the stem. Note: many creeping mosses that have leaves that are not in 2 rows nonetheless look like they do because they have their leaves folded in a manner that gives the stems and branches a flattened appearance. Do not confuse those so-called  “complanate” plants with the genus shown here that is actually two-ranked.) Fissidens is a moderately large genus with a few extremely common members, and is one of the most distinctive mosses. 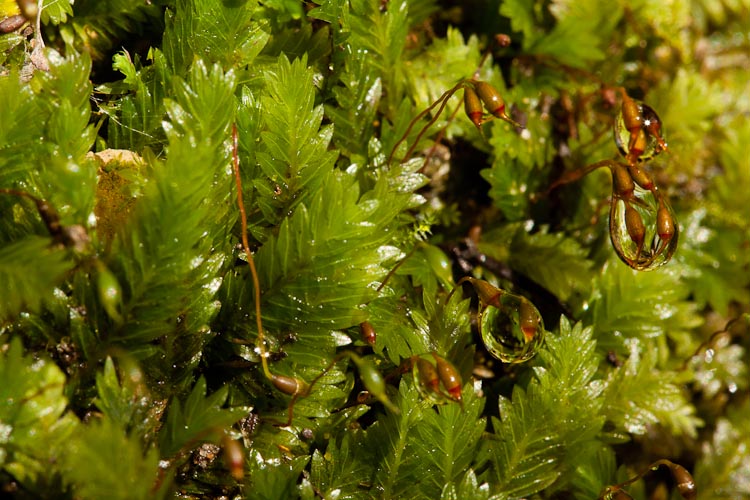 Fissidens leaves are inserted in two rows directly across from one another.

Fissidens is flat, and the leaves have a peculiar anatomy. Like those of irises, the leaves are “equitant,” a term pertaining to their similarity in cross-section to a horse and rider. The upper base of each leaf is split (the rider’s legs), and the base of the leaf above (the horse) fits deeply into the split. 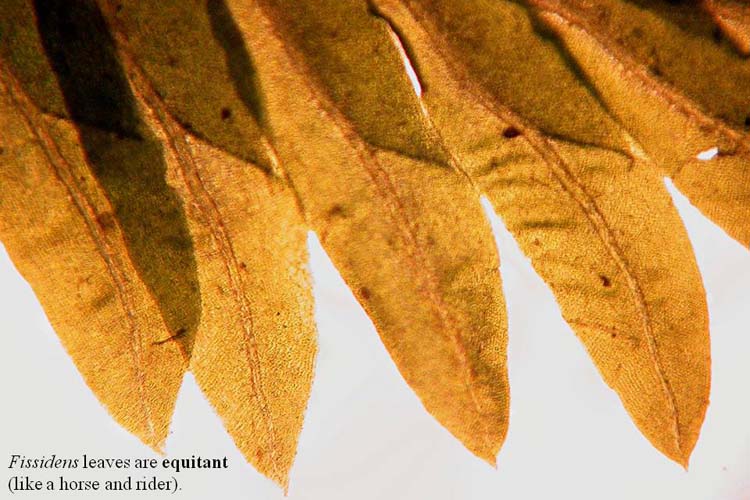 Fissidens leaves are split along the upper surface, and clasp the base of the leaf above.

Some mosses are distinctive because they reproduce wholly or in part asexually by means of specialized “gemmae” that fall away from the plant and form new plants (clones). 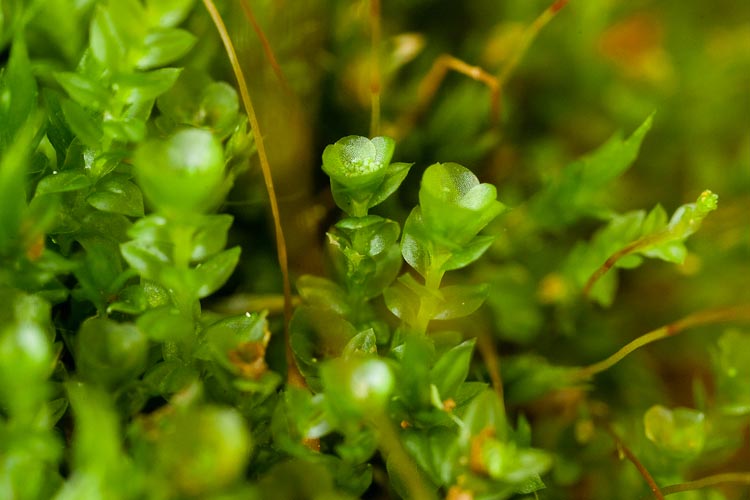 Tetraphis pellucida has cups with tiny globular gemmae within.

Some mosses have miniature branch-like gemmae at their stem tips and/or in the axils of their leaves. 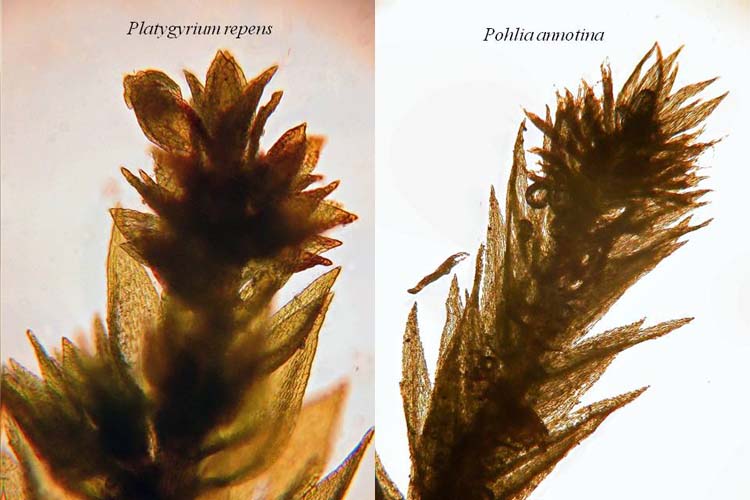 Gemmae in the form of miniature stems

Syntrichia papillosa is a very distinctive moss that reproduces only by means of asexual gemmae. These are small globular clusters of several cells each, produced abundantly along the costa (midvein). 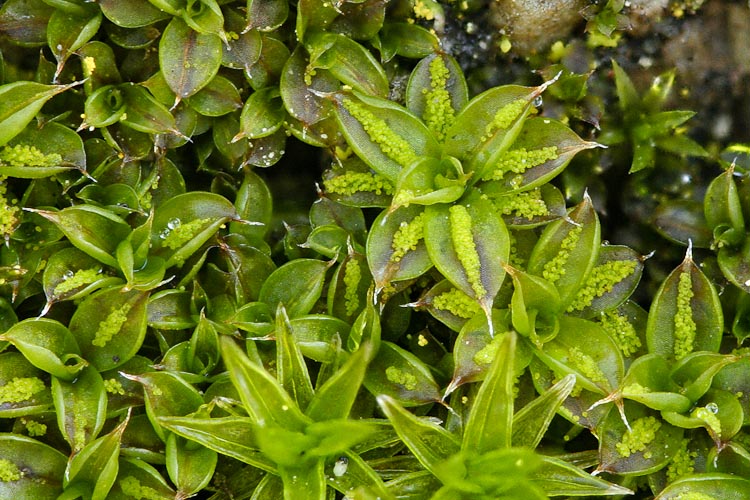