Walnut has leaves that are alternate in arrangement, and pinnately compound, with a large number of leaflets (way more than their close relatives the hickories).

It was necessary during the First World War to perform surveys locating individual Black Walnut trees because the wood was especially well suited for making gunstocks and airplane propellers. 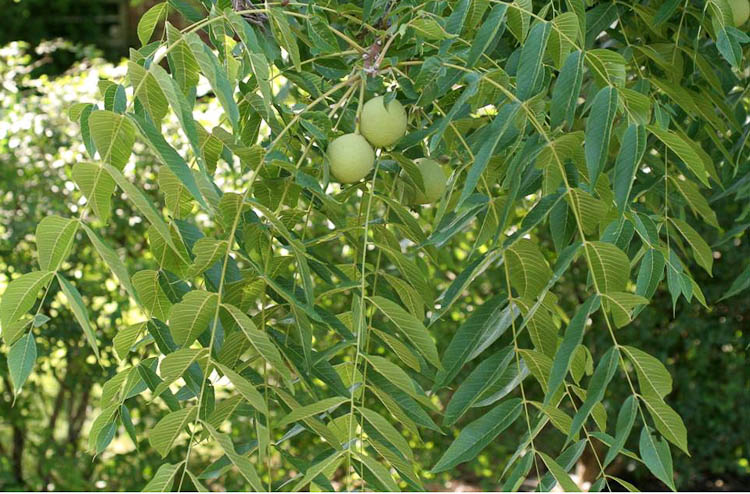 Walnut trees, like many forest trees, produce separate male and female flowers, but both types are on the same tree (i.,e., they are monoecous). 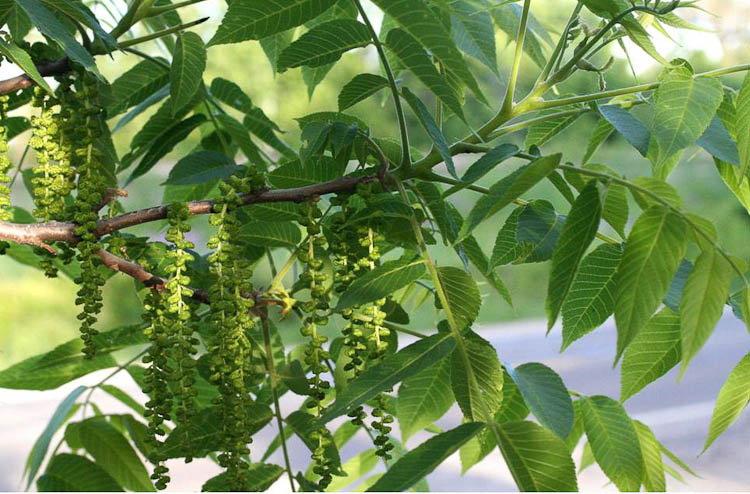 Here are close-up views of the two types of flowers. First the male ones: 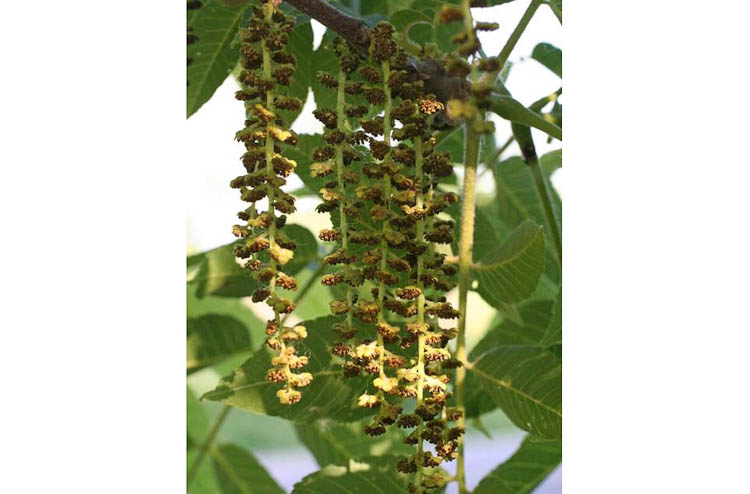 These ones in pairs or few-flowered clusters are the females. Note the elongate pollen-receptive stigma, looking like rabbit-ears! 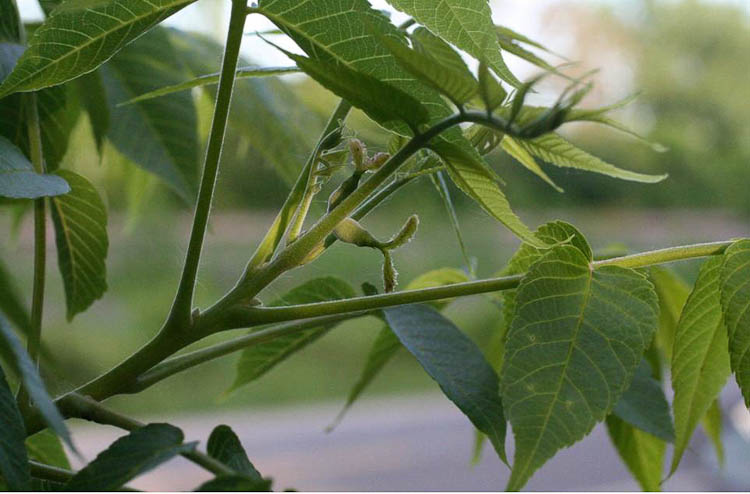 Black walnut roots have a special ecological effect. Called “allelopathy,” (a word that translates to “neighbor-sickening”), the roots exude a chemical into the soil that has a detrimental effect on other plants. Thus gardeners are advised not to plant vegetable gardens in the vicinity of walnut trees. (Tomatoes are said to be especially susceptible.)

Here’s what the walnuts look like after they’re fallen on the ground. (They too produce the allelopathic chemical.) 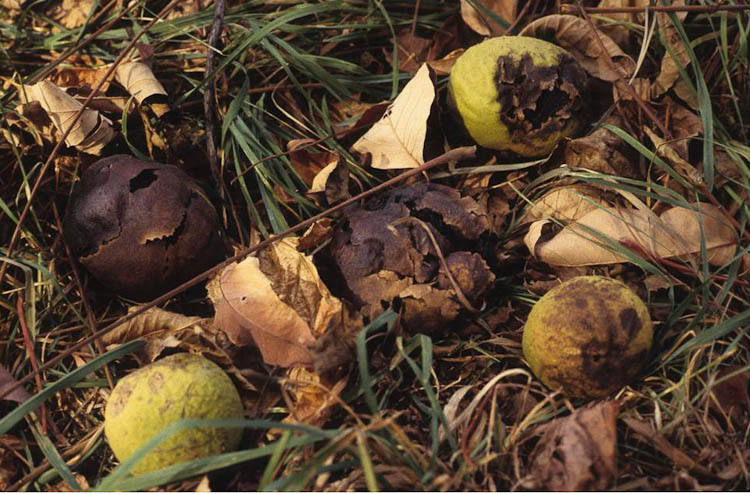